E10 fuel has an increase of 5% ethanol from current unleaded fuel. This fuel is estimated to reduce CO2 emissions by 750,000 tonnes per year, the equivalent of taking up to 350,000 cars off the road in the UK.  Most people won’t notice a great deal of difference in the day to day running of the vehicle, however with the increased bio content there may be longer term problem for most vehicles manufactured before 2012.

Over time E10 fuel can cause corrosion of the metal components within the fuel system which may cause performance issues and even worse failures of some seals, gaskets, injectors, metals and plastic components. Although later vehicles will run on E10 they will still be affected by the waxy growth that occurs on the injector tips.

Ethanol will create excess moisture inside the fuel system which may also cause additional running issues. Solvent based fuel treatments will not be able to counteract all of the E10 fuel issues.

This new fuel is great for the environment, however it could have adverse effects on your vehicle. 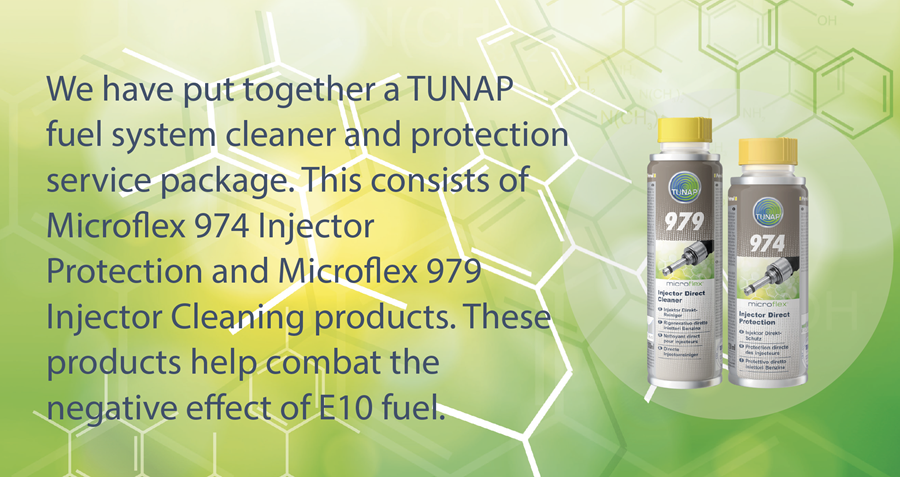 Our available Tunap products can be found by clicking this link here: Tunap Products