The UK’s car industry has received a tremendous amount of upheaval recently. With tougher emission regulations and a fall in the demand for diesel cars, the sector has needed to adapt. One of the latest disruptions involves Honda’s announcement that they are shutting down their only factory within the EU. The Japanese manufacturer has confirmed the Swindon factory closure for 2021, leading to the loss of 3500 jobs.

Honda builds roughly 160,000 Honda Civics every year in Swindon, so the news has come as a shock to workers and politicians alike. At Cox Motor Parts, we provide a range of genuine Honda OEM parts and the announcement has surprised us as well. The factory closure will not impact our stock. Nevertheless, we feel it’s important to look into why Honda has made its decision. 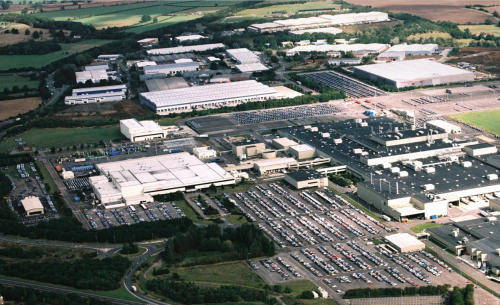 The Swindon factory, Honda of the UK, is expected to close in 2021.

Why has Honda announced the Swindon factory closure?

Honda has insisted the closure is related to global changes in the car industry and the need for more electric cars. They have confirmed that the factory closure has nothing to do with Brexit.

Ian Howells, senior vice-president for Honda in Europe, gave his thoughts to the BBC.  “We’re seeing an unprecedented change in the industry on a global scale. We have to move very swiftly to electrification of our vehicles because of our customers and legislation.”

“This is not a Brexit-related issue for us, it’s being made on the global related changes I’ve spoken about. We’ve always seen Brexit as something we’ll get through, but these changes globally are something we will have to respond to. We deeply regret the impact it will have on the Swindon community.”

Honda sells more cars in America, Japan, and China than Europe, so the company is focusing its investment into other places. Honda has mentioned they are investigating how the factory closure will potentially affect employees.

Business Secretary Greg Clark has voiced his disappointment with the factory closure. “The automotive industry is undergoing a rapid transition to new technology. The UK is one of the leaders in the development of these technologies and so it is deeply disappointing that this decision has been taken now.”

“Given the size of the operation, there will be a wide and diverse network of regional suppliers that will now be hugely concerned about their future business prospects. Employees, government and local authorities must do all they can to deliver tangible assistance and guidance for the people and communities that will be affected by an announcement of this scale.”

For Honda owners who are interested in buying parts, there is still hope. Honda’s decision to concentrate on other territories means there will be a source of new materials in the future. As the company are focusing on electric cars, this creates the potential for new technology to be acquired.

Overseas, the company has gone from strength to strength, with Honda being ranked the second most popular Japanese car manufacturer in America. This is good news because it shows that Honda is popular around the world and there is no shortage of classic parts on sale.

Will I still be able to buy Honda parts from Cox Motor Parts?

Despite the Swindon factory closure, Cox Motor Parts will continue to sell Honda parts. As an authorised Honda dealer, we are dedicated to providing our customers with high-quality components.

When it comes to ordering parts, we utilise high-level SSL encryption technology to make sure your payments are made securely and safely. So, whether you’re looking for genuine Honda accessories or batteries, we can help you find what you need.